Your Customer Are Your Target Audience

Businesses who sell to people will determine the ideal demographics of the customers who you want to reach. You’ll want to create a profile of your customers based on their age, location, shopping habits and etc.

Businesses whose ideal customers are other businesses, will use other methods to define your social media target audience such as:

You can learn more about these methods by reading The 3 Most Popular Methods of Segmentation for B2B on reachforce.com.

What are the Demographics of Your Ideal Customer

Entrepreneur.com defines demographics as “A statistical view of a population, generally including age, gender, income, schooling, occupation and so on.”

It’s best to start with a broad idea of your social media target audience and narrow this down to a very specific segment. The products and services you offer are what you use to determine who you’ll be targeting.

A carpet cleaning company might define their demographic as homeowners. By digging deeper and narrowing down their ideal social media target audience they might discover homeowners with pets and children, living within 50 miles of the company who earn a specific annual income would be a better definition of their best customer.

Start by defining your broad demographics; here’s a few ideas:

Are SEO Myths Hurting Your Business?

1. Age – how old would your ideal customer be?

Back to the carpet cleaning example:

Children from 13-17 wouldn’t have a need for carpet cleaning services. (Unless they’re trying to clean grape juice from the living room before mom gets home!)

Do you need to reach people across the world or in the town where your business is located? Being specific with where your customers do business with you is one of the key factors you need to know in order to define your social media target audience.

Our carpet cleaning company could fall into two categories. A small local business with only one truck and a handful of employees wouldn’t be able to serve customers efficiently who are far away. On the other hand, a carpet cleaning company which has several trucks or perhaps several branch locations can serve customers with a broader location radius.

3. Gender – is your product specific to one gender or another?

With so many gender identity issues in the news, it may seem this is an outdated metric but there are products where gender still is still a key factor which influences a buyers decision-making process.

A construction company who’s goal is to bring in new workers might list women as one of their ideal audiences as women in the construction industry as there’s been a growing interest for more women to explore new careers in construction.

With the information you’ve created so far, you should have been able to define your social media target audience. With this information, you can now look at statistics which show the demographics of the users who are on various social media channels. Tracx.com has created an infographic with some useful audience information that’ll help you narrow down where your target demographic might be hanging out. 2017 Social Media Demographics: What You Need to Know

In the example we’ve been using:

Facebook and Pinterest would be good places to focus on for social media. Facebook has a high concentration of both male and female users up to the age of 49, while Pinterest is mostly female users but has an age range up to 64. Creating paid ads to place on YouTube might be an idea to reach male users as well but this may not be as effective since users have the ability to skip ads.

The questions you’ve just answered about age, location, gender, and favorite social media channels are the foundation starting point in building your customer demographic persona. You’ll want to dig a bit deeper to gather more information about your ideal customer and possible answer a few more questions such as:

Look at your current customer base to help you put together this information if you get stuck. The people you already serve will provide you with many of the answers you need to help you define your target audience.

The last step to consider is customers who currently don’t fit into your target audience demographics but who you’d like to reach some time in the future. These are your aspirational customers which you should define as well.

Perhaps our carpet cleaning company we’ve been using for an example only caters to consumers right now but in the future would like to clean carpets for hotel chains. This would be their aspirational customer.

Putting a name and face to your social media target audience will give you a visual of who you’re trying to reach and make them seem more real and personal to you. It’s much easier to look at your buyer persona and decide that Joe would really be interested in learning about the new golf tees you just got in stock because you’ve defined that Joe is a golf fanatic.

By digging a bit deeper you can build a persona like this:

Buying motivation: The kids and husband track in dirt everywhere which makes the carpets look dingy. Jane loves to entertain but hates the way the house looks so she wants her carpets to look clean.

Buying concerns: Jane worries that carpet cleaning might be too much hassle; she doesn’t have the time to move all the furniture for the cleaner.
Using the information you defined for your buyer persona, you’ll be able to set achievable goals direct to your social media target audience and overcome the buying concerns which they have.

Need Help Implementing These Marketing Strategies for Your Business?

We're Here For You!

We'll help you put together a marketing strategy that identifies your target market, your target audience and delivers results.

For over 17 years, I've worked in the online marketing industry pursuing the goal of helping small businesses get found online. I'm passionate about helping business owners create online marketing strategies that convert website visitors into paying customers. I believe a well-built website is the foundation of every marketing strategy and it should be as functional as it is beautiful. Our customers enjoy working with my down-to-earth style and are happy to learn that I speak their language without all the tech jargon. Say hi and start a conversation with me on Twitter @NerdFreeMarketing or follow me on LinkedIn. 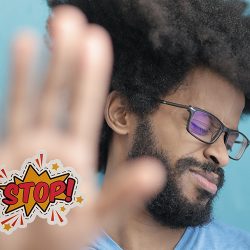 Are SEO Myths Hurting Your Business? 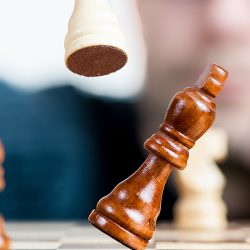 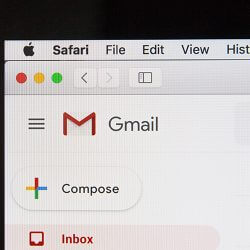 Searching for something specific? Check out our popular blog categories. Simply click on the category and view related posts.

Get the Best Marketing Insights... Delivered Straight to Your Inbox